A DOOR IS A SIGNIFICANT. THE DOORS Identifiable and ordinary objects are UNIVERSAL SIGNIFICANTS OF THRESHOLDS.

THE DOORS have acquired multiple connotations throughout history, both psychological and mythical: ranging from the entrance to a new and better world to the representation of a space with magical features; like Ali Baba’s cave door.

THE DOORS have the ability to signify the space behind, to frame a reality that is perceived as new through the simple act of crossing the threshold.

A DOOR is used here as a critical way of looking out over the city.

A DOOR IS AN OBJECT OF DAILY LIFE. The very act of TRANSPOSITION OF A DOOR to urban space involves questions of ambiguity, interior-exterior, significance and politics of space.

The DOOR is an object of everyday life that everyone understands as their own.

Therefore, the location of the doors on the street is a way of giving the user a recognizable tool to use: a front door to project individual identities in the public realm.

Our intention is to work with the “DOOR” unit as the element that shapes the entire proposal, giving the user the possibility of getting involved in the project through its direct use.

A DOOR IS A QUESTION. Opening a door is an ACT OF DECISION. An act of transfer from one space to another; an act that answers the question «What’s on the other side?»

Each gate will have an electric LED sign on top of the gate that will display different facts and questions about the city.

Every user, at the very moment of entering the festival or entering through a door, will have to decide which one to use in relation to the information found at the top:

The crossing becomes an ACTIVE AND FUN ENGAGEMENT with the topics of discussion of the festival; a direct and democratic voice in the collective construction of the city.

A DOOR IS AN EVENT. The street is a true waste of an extraordinary capacity to produce EVENTS AND COLLECTIVE EMOTIONS; canceled by an ever-increasing amount of bureaucracy and regulations. The StreetFest competition itself is the ultimate proof of this suffering.

In the same line of the door that means the street, some of the doors will have a system where different events or atmospheres will occur when someone is crossing.

The PERFORMATIVITY of the door to the urban environment is a way of expressing the understanding of the street as a space for relationship and experience.

A DOOR IS A MODULE. The DOOR is the unit that by iteration configures the entire proposal. The door is easily added by forming a FOLDING SCREEN that organizes the space.

The different groups of doors shape the required programs through the various spatial configurations of the structures.

The simplicity of the system and its mobility allows the Street Fest staff to reshape the organization of the festival in a few minutes.

A DOOR IS A SHOP. The proposal solves the needs of the program with 15 COVERED SPACES where the doors define space and structure.

These spaces provide shelter and host the different programs such as classrooms, performances, screenings, exhibitions, etc.

The COMPACITY of the form allows both to have a quick assembly and to have a safe and strong form of storage at night.

A SHOP IS A DOOR. The door tents have the possibility of being deployed to cover other types of programs in a more relaxed and fun way.

The possibility of movement in the tents allows the StreetFest to have a GREAT RANGE OF SPACE CONFIGURATIONS during the two days of the festival, allowing to use the street in very different ways: from the most conventional and standard organization to special and larger events.

The use of doors as the main material in the proposal is an attempt to AWAKEN A SPACE THAT EXISTS IN A STATE OF LATENCY; right on the threshold of the ordinary city, ready for your new understanding. 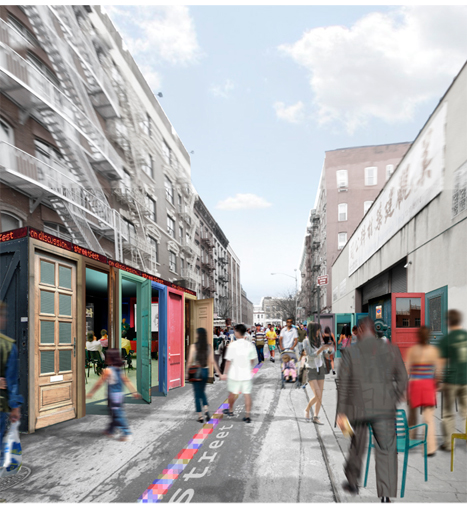 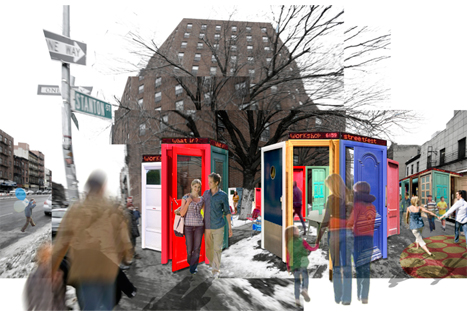 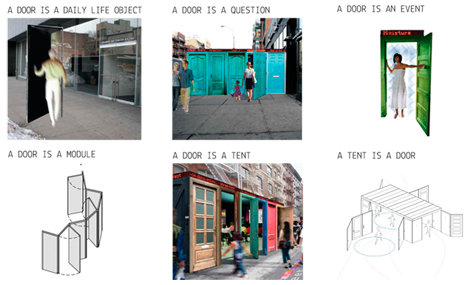 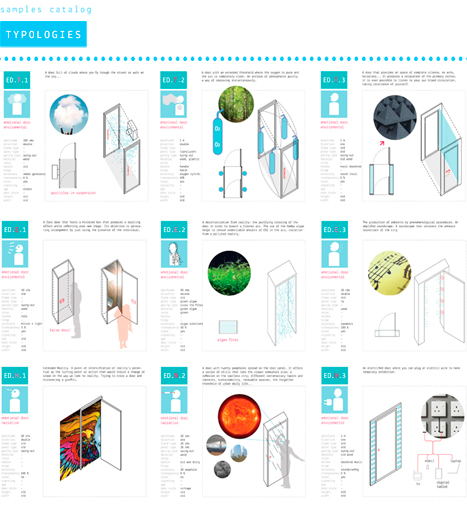 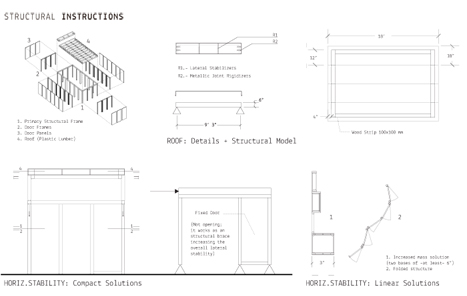 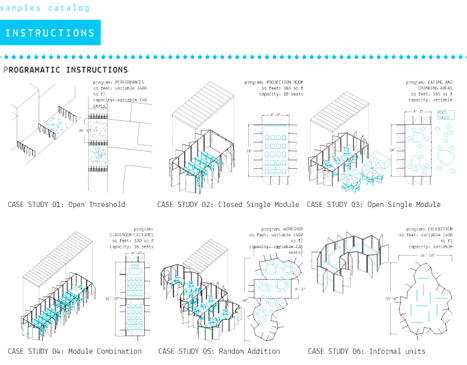 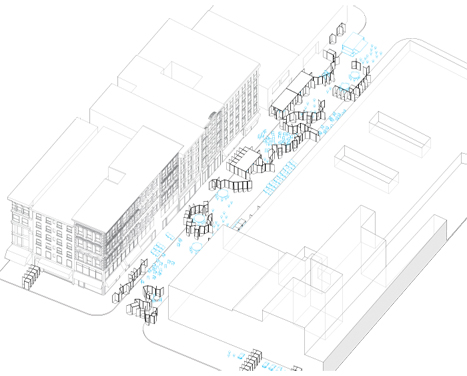 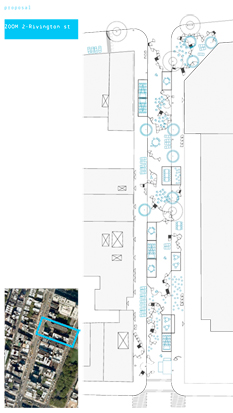 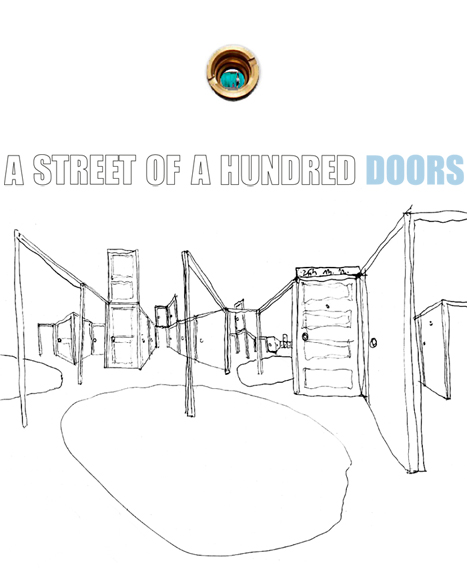